MoA Technology, a former Bioescalator resident, has opened a second research facility based at the Stockbridge Technology Centre (STC) situated at Cawood between Leeds and York (UK).

The pipeline of promising lead candidates flowing from MoA Technology's high throughput in vivo screening platforms at its Oxford headquarters will be tested in state-of-the-art glasshouses and on into field trials on this 75-hectare site on prime arable land. 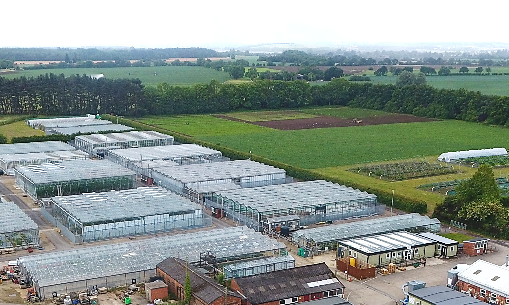 STC has been at the heart of agricultural and horticultural research for more than seventy years and is well connected with the UK’s other leading research organisations through CHAP, the Agri-Tech Centre for Health and Crop Protection. The MoA Tech team at STC will confirm new herbicide active ingredient lead molecules, developing profiles of crop selectivity and weed control spectrum. The focus will be on previously unexplored chemistry and resistance-breaking new modes of action.

We are proud to be opening this new facility on an important site with a long track record of successfully contributing to sustainable food production
- Dr Virginia Corless, CEO at MoA Technology

This significant increase in our screening power will boost the progress of exciting new herbicide candidate molecules through to development and commercialisation
- Shuji Hachisu, CTO at MoA Technology

Click here to find out more about MoA Technology

MoA Technology was a BioEscalator resident from October 2018 to June 2021. During its time at the BioEscalator, the company met Baroness Nicola Blackwood, UK Parliamentary Under-Secretary of State for Innovation, at the BioEscalator's official opening event, secured £6.3M in Series A funding from OSI and Parkwalk Advisors and was named as one of the most exciting new companies emerging from the vibrant technology environment in and around the city of Oxford, UK.